July 25, 2017
She was Lyra in Philip Pullman’s His Dark Materials at the National, she has shared the stage with Eileen Atkins (in Honour and The Female of the Species), played Isabella in Measure for Measure, Regan in King Lear and Sally Bowles in Cabaret. She has worn bonnets in Bleak House and North and South, a corset as Elizabeth Darcy in PD James's Death Comes to Pemberley (pictured below) and a prison officer’s uniform in Accused, a gritty Jimmy McGovern story on television. An enviably versatile actress, Anna Maxwell Martin has won two BAFTAs (for Esther Summerson in Bleak House and N in Poppy Shakespeare) and been nominated for an Olivier (for Lyra).  Maxwell Martin has scarcely been out of work since her first job after graduation, in The Little Foxes at the Donmar. Now she is back at the National Theatre, in Consent, a new play by Nina Raine, directed by her husband Roger Michell, who previously directed Raine’s lauded Tribes at the Royal Court. Maxwell Martin’s character, Kitty, i
Post a comment
Read more 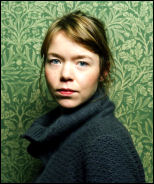 Welcome to Simply Anna the first unofficial fansite dedicated to the talented british actress Anna Maxwell Martin, open since 2006, it's the first stop to bring you all the latest news.